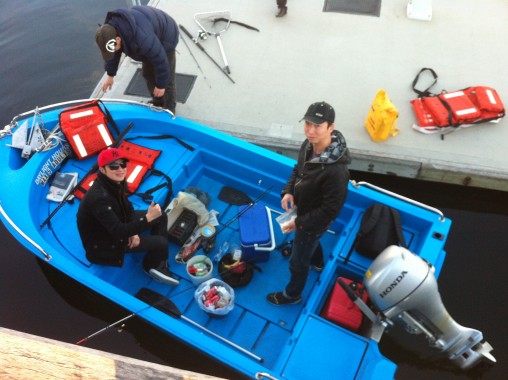 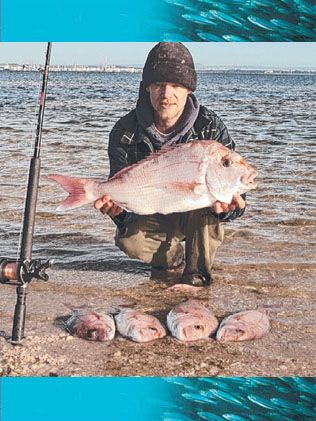 About Snapper Fishing in Melbourne

Our clients are catching them! Tow a Boat 4 Hire boat anywhere in the bay and spot where the snappers are. During the day, snapper feeds in deeper water (15-20m) and at night, you can hook them in 8-15m.

After a strong onshore blow stirring up the bottom and reduced water clarity, land-based anglers can do well especially from piers and rock walls.

Point Lonsdale Pier is an early and late season snapper venue that produces the best when the water is murky. On the other hand, St Leonards Pier is often best after or during a northerly blow, especially around the Melbourne Cup weekend. Mornington Pier often comes on well after a strong blow from the west stirring up the water.

Boat anglers work to GPS marks. Those listed are starting points, as there are no guarantees with snapper.

At Queenscliff- strong current, best fish on the ebb tide

Rated by many anglers as the best big-snapper mark in the bay.

Off Williamstown- can produce fish of any size throughout the season

The bank alongside the old shipping channel out from Port Arlington.

In Corio Bay inner harbour, this mark consists of reef and gutters.

PORT PHILLIP BAY
Small numbers of snapper weighing 6.5kg are being caught in about 19m of water between Seaford and Carrum with squid, pilchard and silver whiting. Queenscliff Harbour and Sorrento Pier are producing silver trevally  of up to 1.2kg on soft plastic lures and pipi. Calamari squid are in good numbers in the boat moorings at Sorrento, Rye and Clifton Springs with the use of artificial and baited jigs. Bream in 1.2kg are taking scrubworms in the Patterson River.

WESTERN PORT
Calamari squid in 2kg are being taken on baited jigs near Flinders. The Middle Spit has produced King George whiting to 44cm on pipi and squid. There have been reports of a few 7kg snapper  being caught off Rhyll and Crawfish Rock with pilchard and squid.

GIPPSLAND
In the Gippsland Lakes, Bullock Island jetty at Lakes Entrance is producing silver trevally on prawn. Lake Tyers has luderick, leatherjackets and bream taking peeled prawn. Bream and silver trevally are also in Tambo River. Tailor are biting in deep water at Johnsonville on lures. Metung has bream and silver trevally being caught on lures and prawn at Tambo Bluff. Paynesville is producing bream and estuary perch in the straits and canals. Bream and flathead on soft plastic lures and prawn can also be found in Hollands Landing. Marlo Estuary has plenty of bream to 2kg on crab, with sandworm accounting for yelloweye mullet and silver trevally. In Mallacoota Inlet, the Genoa and Wallagaraugh Rivers are fishing well for bream and flathead.

SOUTHWEST
Cut crab is the top bait for bream to 40cm in the Glenelg River at Nelson. Best results come from the deep water. The Lee Breakwater at Portland has small numbers of King George whiting to 43cm and school sharks to 20kg.

FRESHWATER
At Lake Eildon, flat-line trolling with Tassie Devil lures produce brown trout to 6.8kg. Shore-based anglers fishing near the boat ramp at Jerusalem Creek are catching brown trout to about 1kg on scrubworms. Brown and rainbow trout to 1.8kg are being caught on Vibrax and soft plastic lures in the Goulburn River. While in Lauriston Reservoir, a considerable number of brown trout averaging about 700g is present. They are being caught on minnow lures and search pattern flies. In the west, Lake Bullen Merri has brown and rainbow trout to 3.3kg taking trolled lures.

Boat Cruisers to the Australian Open By Speed Boat

Enjoy a “stress free” cruise from Docklands to the Australian Open via... Read More

Boat4Hire Fishing at the Warmies

The Warmies near Williamstown is a great place to catch anything from a bream to a... Read More